First Listen: Years May Come, Years May Go by the Walsh Family Band 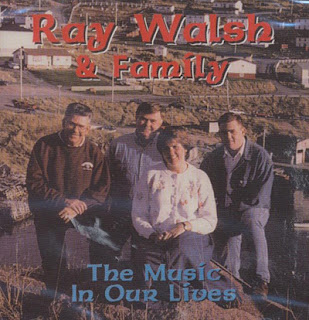 Posted by Gambolian at Saturday, April 14, 2018 No comments:


Posted by Gambolian at Saturday, February 11, 2017 No comments:

From Newfoundland to Freedom! 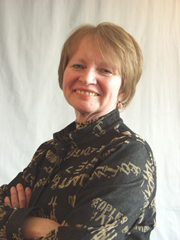 
Ever since she was a little girl in Newfoundland selling lemon crystals for extra pocket change, Janette Brentnall Davis has embraced her entrepreneurial spirit as a natural part of her being. Her mother owned a general store and her father ran a saw mill, so it seems that it was destined from the beginning that Janette would live the life of an entrepreneur; it's in her blood. When I asked her why she would rather work for herself, she replied, "you see the way someone else does it and you don't like it, you don't like the rigidity of eight to five, so you try to change it for yourself." Janette Davis is the owner of Davis Enterprises, a janitorial company in Fort McMurray, Alberta, and thanks to Alberta's oil trade, it has grown very quickly from a small venture to a million dollar company.
Born and raised in Newfoundland, after finishing high school, Janette attended business school and attained a job at Canadian National as a long distance toll operator. She worked there for five years until she got married and decided to work with her husband for a small business owned by her father-in-law. She found that as a team, she and her husband worked well together and saw the business grow to be a multi million dollar company. By 1992, they owned both an IGA and Petro Canada franchise. However, when IGA decided to change from being franchise run to being run as a corporate store, this left them with only a Petro Canada franchise. By most people's standards this would be enough to keep busy, however finding it "slow" they finally said "to hell with it" and decided to move to Alberta in 1995 to discover new business opportunities.
With her children to keep her busy, Janette went from job to job waiting for the right opportunity to come along. She turned down a couple of offers, including an offer to open another IGA franchise (which she refused for fear that the same fate awaited the IGA franchisees in Alberta as it had for those in Newfoundland). Her patience paid off. The timing was right and Janet's opportunity arose three years ago when her daughter, now twenty three, started her own cleaning company. Although clearly endowed with the entrepreneurial spirit of her mother, Janette's daughter soon found this new business to be growing to be a little more than she could handle on her own and that's when mom stepped in. Although her daughter still works for the business doing administration, Janette's experience and hunger for a new challenge attracted an offer from a company in Long Lake requiring the services of an industrial cleaning company.
Davis Enterprises grew quickly from two to twenty employees. It also grew financially from a business that was previously operational on Janette's own money, to a million dollar company. Janette tells me that when she was younger, like many people, she had big dreams about gaining financial freedom by doing the thing she loved most. Now her biggest hurdle is figuring out how to handle this rapid financial growth in the best way possible.
Janette is now looking for someone who can help her to deal with the rapid growth (financial and other) of her business and make sure it is handled properly. Her professional goals are to maintain the two major contracts she currently holds and hold true to her ability to be a flexible, open minded person in the world of business.
Posted by Gambolian at Tuesday, March 03, 2015 3 comments:

Gambolian
Gambo to Toronto, Canada
I hold all the memories of my beloved Newfoundland deep within me. I will carry them with me wherever I go for I am a product of my Native land- the sum of my past experiences and childhood dreams.Roderick Brentnall is a freelance writer from Newfoundland living in Toronto 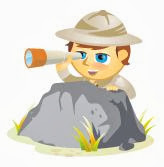 Nothing that is worth knowing can be taught. - Oscar Wilde

Come 'ere til I tells Ya!